CPMR: CPMR Regions reflect on a green recovery for the Future of Europe Members of the CPMR Political Bureau gathered last 24 June in a hybrid meeting organised from Amsterdam, Noord-Holland region, under the auspices of CPMR President Cees Loggen. The agenda for the meeting included two focus sessions on Climate Change and the Future of Europe.

CPMR President Cees Loggen, Regional Minister of Noord Holland, opened the meeting by welcoming all CPMR colleagues and guest speakers, from the broadcasting studio in Amsterdam, in the emblematic Saint Olof’s chapel, patron saint of the seafarers. Together with him in Amsterdam was Secretary General Eleni Marianou, who presented the recent highlights of CPMR action, the upcoming working plan, and assured the moderation of the debate sessions. 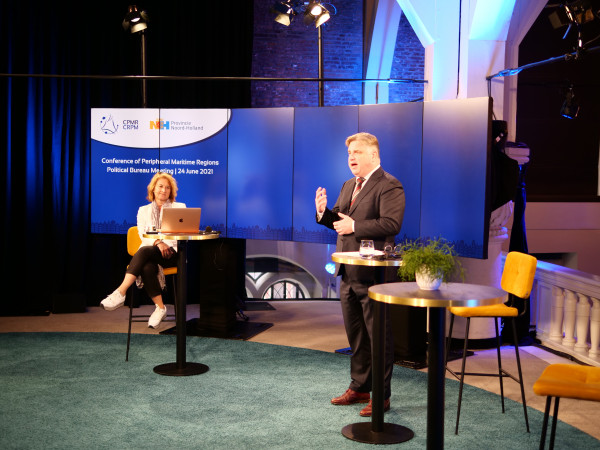 Cees Loggen reminded the importance of involving Regional Authorities in the implementation of the Recovery of the European Union, a green and digital recovery that regions are eager to deliver. “Tailor made interventions are the only way to make the difference where it matters. Entrusting regions can bring a better coordination of projects on both climate and digital interventions and will have a multiplier effect across sectors, creating jobs and growth in every region” he said.

The Climate session was chaired by CPMR Vice-President for Climate and Energy, Richard Sjölund. The results of the Regions Act! Initiative and survey were presented and debated, in presence of Senior Diplomatic Expert from the Cabinet of Frans Timmermans, Anthony Agotha, who delivered a keynote speech focused on the European Commission’s vision for the Green Deal. During his intervention he acknowledged the important role that regions play as actors on the ground and the fact that Regions are, in many cases, ahead of the game in delivering the green transition.

Followed a keynote speech by Director of the Jacques Delors Energy Institute, Thomas Pellerin-Carlin who focused on the Innovation potential for the green transition and the key role that regions can play in it. During the debate, members of the CPMR from all Geographical Commissions shared their ambitions, as well as their concerns on the green transition.

Richard Sjölund, CPMR Vice-President for Climate and Energy, Vice-Chair of the Board, Regional Council of Ostrobothnia, said: “The CPMR Regions Act! Survey shows that sectors needing support to reach a fair transition to a climate neutral economy differ from one region to another. Financial and technical support should be provided to those areas that are most likely to be left behind in the ecological transition, while at the same time front runners should be guaranteed a conducive environment to develop and implement innovative solutions to the benefit of Europe as a whole”. 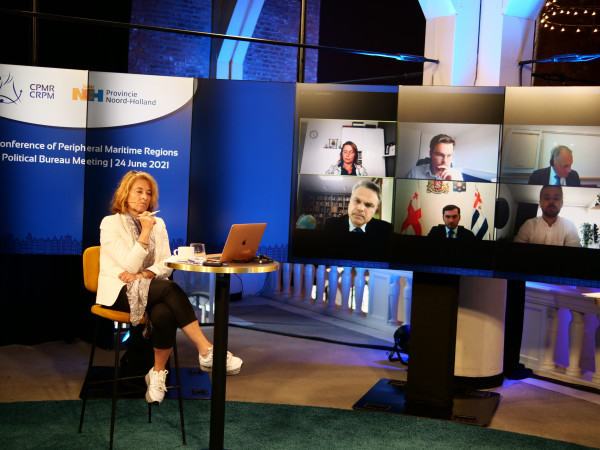 The afternoon session of the Political Bureau was focused on the Future of Europe with a panel of distinguished speakers – Erik Bergkvist MEP, Pierre Karleskind MEP, Professor László Andor, Secretary General of the European Foundation of Progressive Studies, and Professor Olivier Costa, Director of European Political and Governance studies at the College of Europe. They debated, together with CPMR members, around the key question on how the Conference for the Future of Europe can improve the territorial dimension of EU policies and the involvement of regions in EU decision making, and therefore reach the broadest number of European citizens.

Pierre Karleskind, welcomed the Conference as an opportunity to promote the European Union values, and plead for more transparency and more involvement of regional authorities in decision-making and Erik Bergkvist, said: “No one should be left behind! This has been mine and my colleagues’ ambition when working in the regional development committee. We have to make sure our citizens feel as a part of the EU no matter where the live in the Union. Sparsely populated areas are just as much part of the EU as Berlin, Madrid or Brussels are”.

“Local and regional authorities must be involved in the process to the greatest possible extent. According to the Eurobarometer, regional authorities are the most trusted level of government by citizens. They enjoy a direct relationship with citizens and have a unique knowledge of their needs and expectations. They are key to ensuring a massive mobilization around the conference” said President of the CPMR, Cees Loggen.

While Clint Camilleri, Minister for Gozo, added: “Regions not only have a close relationship with citizens on the ground, but also are the ones who are implementing policies and projects. So regional and local authorities have to be actively involved in the EU decision-making process. The Conference will provide a one-of-a-kind opportunity, not just to Member States, but also for regions to give a stronger voice to their citizens”. 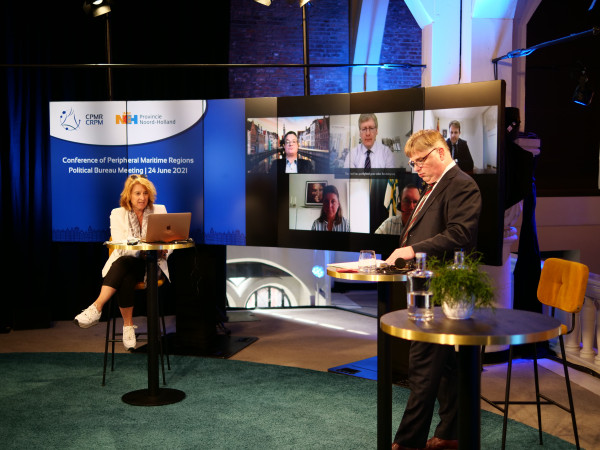 The Political Bureau meeting was also the occasion to elect the new CPMR Vice-President for Transport and Accessibility, Valle Miguélez, Regional Minister for Enterprise, Employment, Universities and Spokesperson of the Murcia Region. During her intervention, she mentioned the key challenges to improve the accessibility of peripheral regions and their citizens. 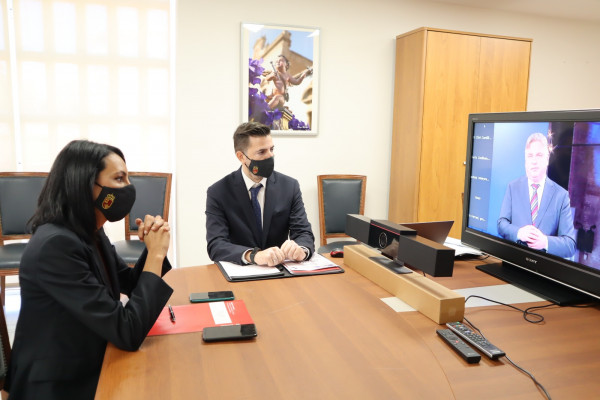 The meeting was closed by some inspiring words from President Cees Loggen about the power of working together in unity to overcome the challenges ahead, and the willingness of all CPMR members to meet in person soon, with the General Assembly in Crete (October 13-15) in everybody’s minds. 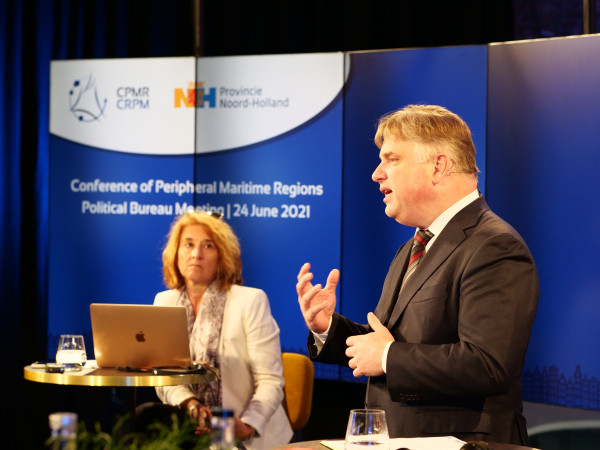 ACR+: INTHERWASTE | The project invites you to its final event ACR+: LCA4Regions | Summary of Training and capacity building in LCA ACR+: Close the glass loop | Watch again “Are we on track to meet our targets for glass packaging?” ACR+: ProCirc | The future of ICT: Circular solutions for a post-Covid world